This is the first feature in the Self-Employment Series!

I’m interviewing myself because proofreading for court reporters changed my life. 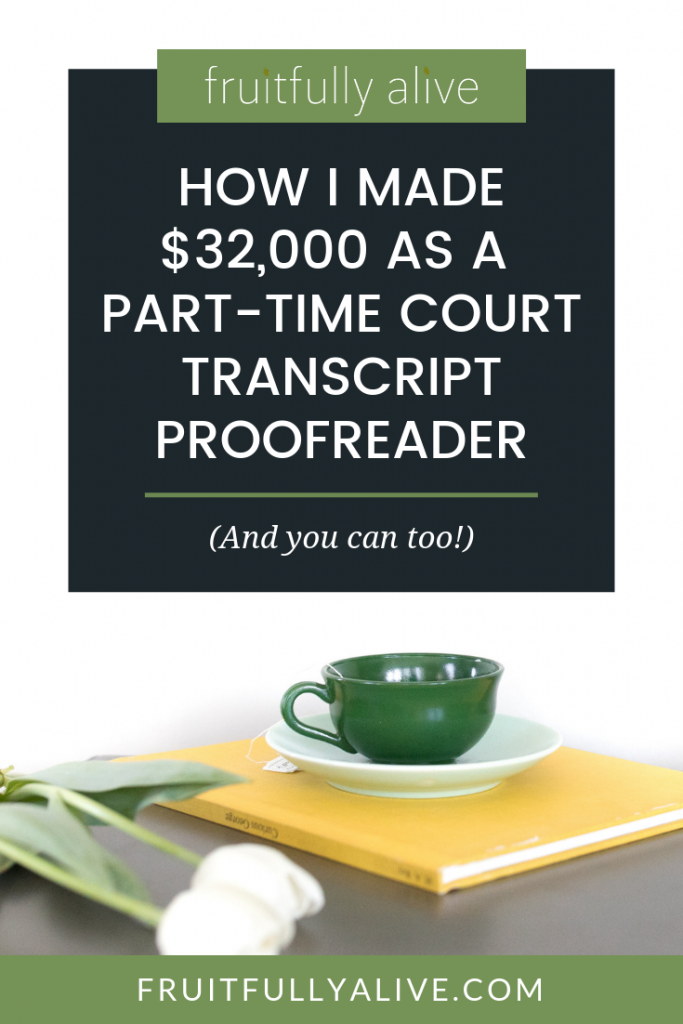 What is court transcript proofreading?

Most proceedings in a courthouse are typed up verbatim by a court reporter.

The result is a transcript that can look a lot like a film script.

A proofreader’s job is to go through that transcript looking for errors in grammar, punctuation, and other things.

Because it’s a verbatim record of what was said in court, incorrect usage is not corrected.

For instance, if the line says, “I cooked a egg” instead of “I cooked an egg,” you can highlight it for the court reporter to double-check with audio, but if the speaker really said “a egg,” it stays in that way.

That makes our job easier than a normal proofreader.

Why and how did you decide to pursue this career?

I was living in Hollywood trying to pursue a career in the entertainment industry.

Rather than take the stereotypical job of waitress, I decided I wanted to try to find a job where I could work from home.

My search led me to court transcript proofreading and the rest is history.

I have no regrets.

Why did you choose this niche?

I discovered the niche because I went hunting online for at-home business ideas.

It immediately caught my attention for a few reasons:

Personally, this idea appealed to me for a few reasons:

Before I was ready to jump in , I needed to do my research. I soon discovered that proofreading court transcripts was a different ballgame than usual proofreading.

There’s a reason why this niche is so unknown: It requires a skill set which has to be learned. If I wanted to do this, I needed to make the investment and learn exactly how to do it.

My gut was telling me that if I made the jump, it could change my life.

I learned everything I needed to; my first client emailed me after the first few transcripts I proofread for her, and she said, “Just wanted to say, Damn, you’re good. So impressed with your work.”

I joined Facebook groups with colleagues. I was expecting competitiveness, an unwillingness to help, no friendships to be made. I was dead wrong. I have never encountered a group so willing to help and so encouraging. No matter how many times I asked a grammar question, no matter how many times I pestered, someone was always there to virtually lend a hand. When I succeeded, I had the group cheering me on. I’ve made friends, and we refer each other to our clients when we’re swamped with work.

But this wasn’t easy. Learning the skill set took time and energy and commitment. Sometimes I felt like quitting.

Considering I made $3,200 in my first month, I’d say my efforts were worth it.

Discover if the freelancer life is right for you!

Watch my 30-minute masterclass to find out if you're a freelancer or an entrepreneur! 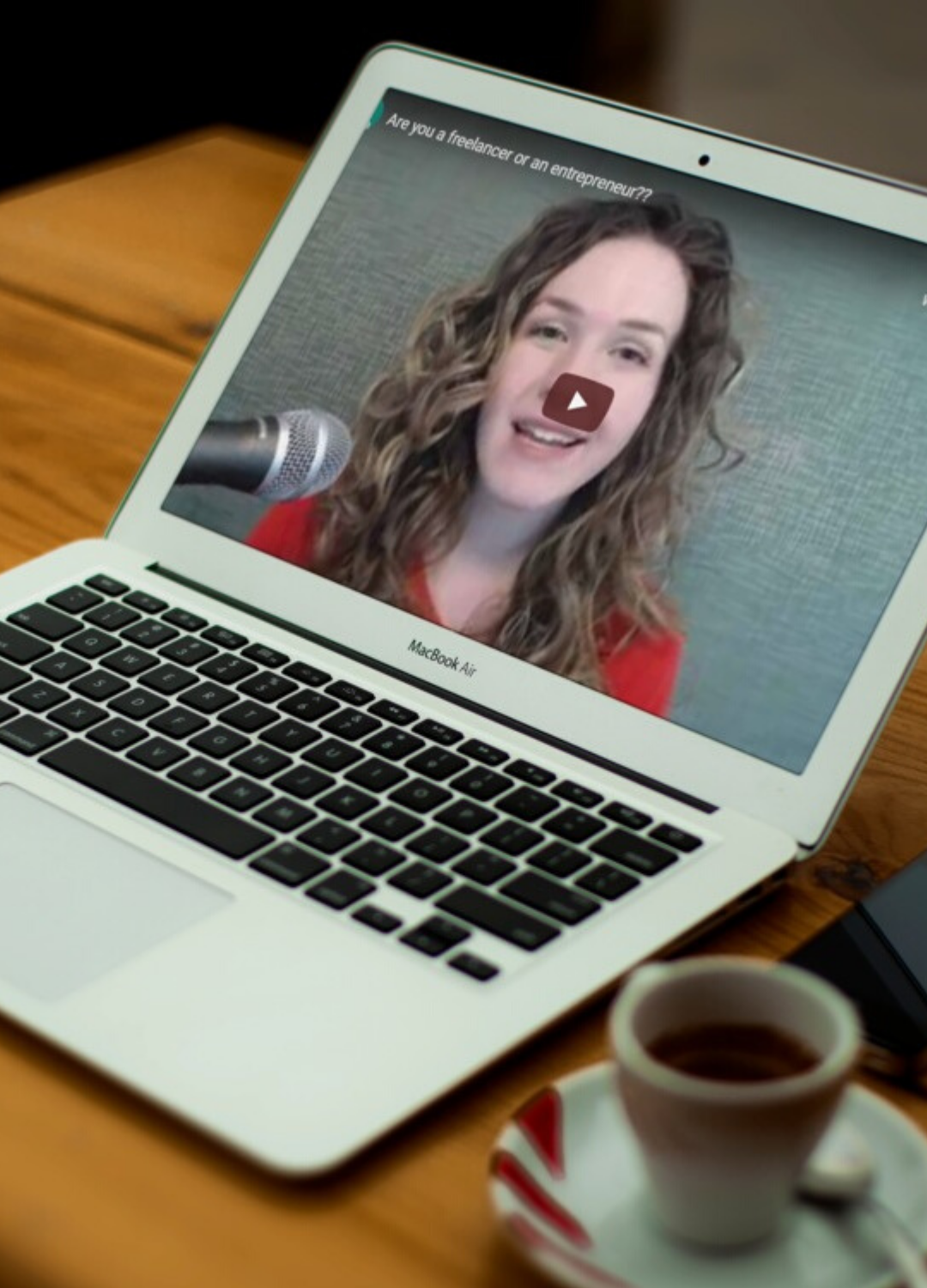 How much do you make a month? Do you work part time or full time?

I’ve recently decreased my hours even more and let go of a few clients so I can focus on Fruitfully Alive, and now I average about $1,400/month.

What are your business-related expenses?

What are your duties? Can you describe a day in your life?

When I receive a transcript, I respond to confirm receipt.

Then I’ll plan out my day and decide when I’ll proofread.

I’ll proofread no more than 4 hours a day.

I send out invoices once a week or once every two weeks for certain clients.

I proofread everything from medical depositions to criminal trials.

What is your favorite part of being a transcript proofreader for court reporters?

I’m going to have to give more than one answer.

Sometimes they make embarrassing errors and it makes me the hero when I catch them.

I love the independence and flexibility I have being able to support myself from home.

Do you have any advice for someone considering this as a career?

Do your research! Really decide if you want to do this and if you are willing to put in the time and investment to obtain the skill set.

Reach out! Feel free to email me: adrienne@fruitfullyalive.com

How did proofreading transcripts change my life?

I’m currently living the happily ever after. It’s given me a part-time job that gives me a full-time income; I’ve earned $32,000 in my first year. It’s the springboard I needed to embrace independence and start pursuing my dreams. I can do this because I know I’m financially stable with this job.

Check out the top FAQs about proofreading for court reporters.

Is it a boring job? Sometimes. I read two transcripts in one day; one of them was a murder trial that read more like a thriller screenplay. The other was an insurance case about a toilet that overflowed and damaged the bathroom rug (mind-numbingly boring).  It just depends. At least I always learn something new!

If you’ve been searching for an at-home job where you make your own hours, this might really be the thing for you. I so encourage you to do your research.

Any other questions? Feel free to comment or shoot me an email!

Discover if the freelancer life is right for you!

Watch my 30-minute masterclass to find out if you're a freelancer or an entrepreneur!

This site uses Akismet to reduce spam. Learn how your comment data is processed.